In 2016, the production of Glass Fiber Reinforced Plastics (GRP) in European countries increased by 2.5%. Growth continues to be the same as in 2015. The total output will reach 1.096 million tons. The growth rate is stable in the largest application areas of fiber reinforced plastics and composite industry.

The largest users of FRP parts are the transportation and construction industries. Each of them consumes one third of the total output of Fiberglass and plays an important role in the national economy. Europe’s share of global production of composite materials has continued to decline, although in recent years, the absolute value of overall production has increased. During this period, the processing of standard products has obviously shifted to Asia and America. In short, FRP production in Europe continues to grow, but may lag behind global trends.

In recent years, the trend of strong differences observed in European countries has eased. The strongest growth continued in Germany (3.8%) and Eastern Europe (3.6%).

In France, SMC / BMC components account for almost half of the total production of reinforced plastics, while in Italy, the largest production is sheet, followed by pipes and tanks. Storage tanks are a large end market in Spain, accounting for almost 40% of composite production. In Germany, the automotive and wind industries are two important applications of composite materials. 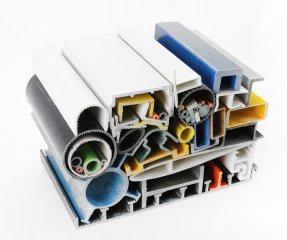