CFRP as the Structure of Rail Transit Vehicles

CFRP is a key material for missiles, space platforms and launch vehicles

Carbon fiber is the material foundation of modern aerospace industry and irreplaceable.

CFRP is widely used in space fields such as missile weapons, space platforms and launch vehicles.

In the application of missile weapons, and CFRP is mainly used to manufacture primary and secondary bearing structural components such as the fairing, composite support, instrument cabin, decoy cabin and launcher barrel.In terms of space platform applications, carbon fiber can ensure small structural deformation, good bearing capacity, radiation resistance, aging resistance and good space environment resistance. It is mainly used to make structural components such as the load-bearing barrel, honeycomb panel, substrate, camera lens barrel and parabolic antenna for satellites and space stations. At present, the application of CFRP on spacecraft has become increasingly mature, and it is an indispensable key material for realizing spacecraft lightweight, miniaturization and high performance.

CFRP as the structural material of aircraft

In large advanced aircraft, CFRP is widely used as the main bearing structure material. CFRP is also used as a structural material in the newly developed airship.

CFRP as the structure of rail transit vehicles

Lightweight is a key technology to reduce the energy consumption of train operation. The rail train made of metal has high strength, but high quality and energy consumption. CFRP is the focus of material selection for the new generation of high-speed rail trains. It can not only make rail trains light, but also improve high-speed operation performance, reduce energy consumption, reduce environmental pollution and enhance safety. At present, the application trend of carbon fiber in the field of rail vehicles is expanding from non-bearing structural components such as car interior decoration and car equipment to bearing components such as car body and frame. From parts such as skirt board and diversion hood to large structures such as roof, driver’s cab and whole vehicle body; The mixed structure of metal and composite was the main part, and the amount of CFRP was increased greatly. Since the on-board equipment has little room to lose weight, the body and interior decoration have become the key objects of lightweight. 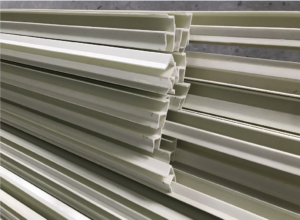 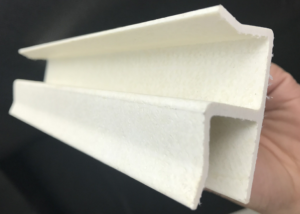