The Workmanship of FRP Gratings

Reciprocating filament winding process (belongs to fixed length method): In this process, the dipping trough moves reciprocating with the rotating mandrel, the long fiberglass filament is placed with a certain angle relative to the mandrel axis, the auxiliary angle (i.e. the winding angle) is controlled by the ratio of the moving speed of the dipping trough to the rotating speed of the mandrel, and the translation motion of the dipping trough is computerized. Mechanical-electrical control. The number of winding layers increases gradually until the designed wall thickness is reached. After winding, the resin in the product is basically cured. After curing, the core die is removed from the Fiberglass pipe.

Continuous filament winding process (belongs to continuous method): This process is a pipe in motion through a feeding station for resin prepreg roving, short cut fiberglass reinforced plastic fiber and resin sand mixture, the pipe is made in the continuous progress of the core mould and getting final Fiberglass gratings.

Centrifugal casting process (belongs to fixed length method): In this process, cut glass fiber reinforced material and sand are fed into the steel mould fixed on the bearing, and unsaturated resin with catalyst is injected into one end of the steel mould to impregnate the reinforcing material. Under the action of centrifugal force, the resin replaces the air in the fiber and filler. As a result, a compact composite material without pore is manufactured. Because of the centrifugal force, a smooth and smooth resin-rich inner surface layer is formed on the inner wall of the pipe, and the pipe is cured at a higher temperature. The pipe manufactured by this method is also called FRP sandwich pipe. 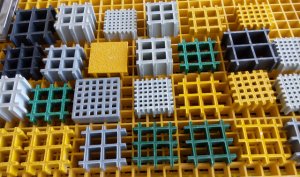